“Welcome home!” That’s what people in downtown Pensacola can now say to the ferries Turtle Runner and Pelican Perch as the two boats return to their new $3.5 million home port at the end of the day. The new dock and terminal building, located between the Port of Pensacola and Plaza de Luna/Palafox Pier, opened for business April 20, 2019.

The two 150-passenger ferries were built as part of the early restoration Gulf Islands National Seashore Ferry Project that is being implemented by the Department of the Interior. The project is aimed at improving access to the park and reducing auto traffic on its roads. 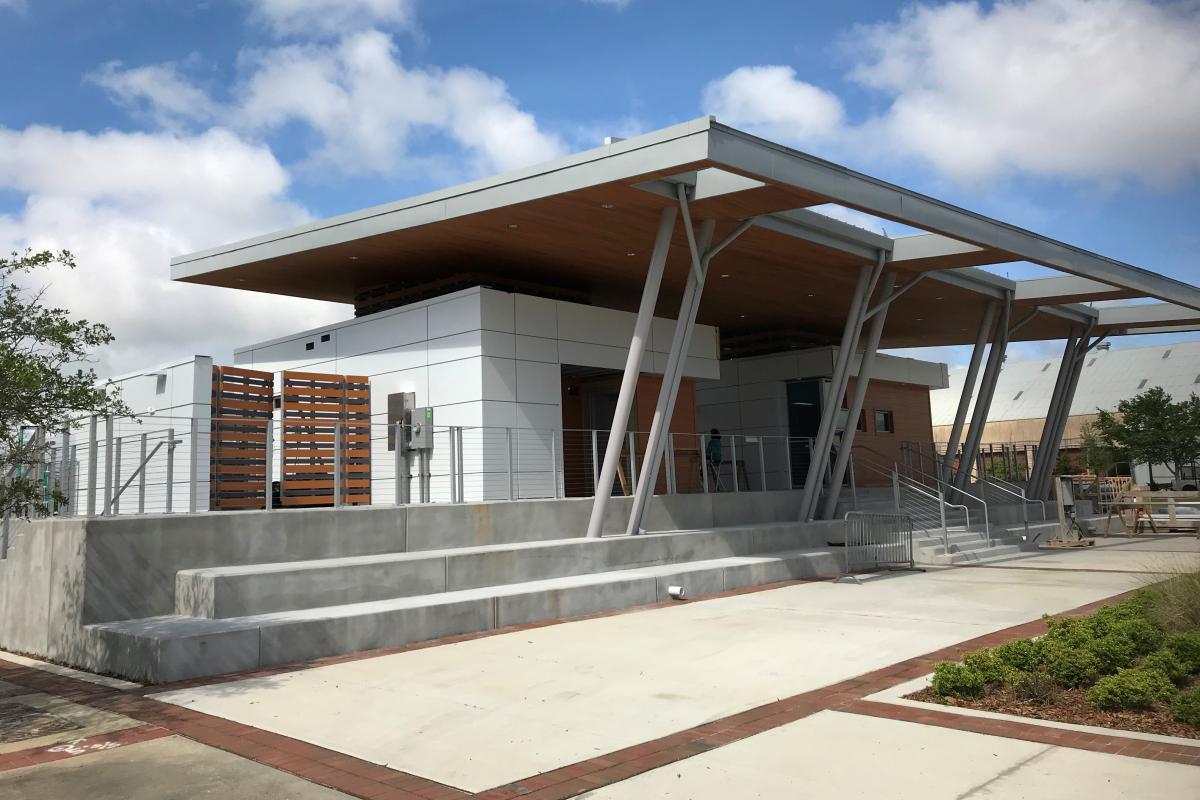 This will help offset some of the recreational opportunities lost during and after the Deepwater Horizon oil spill.

Turtle Runner and Pelican Perch began service last year carrying passengers between downtown Pensacola, Pensacola Beach and the Fort Pickens area of Gulf Islands National Seashore on Santa Rosa Island. The ferries each have a climate-controlled enclosed main deck and a shaded upper deck for observation, and are equipped with a snack bar for food and beverage service, a well as restrooms and passenger storage. The boats were built to Americans with Disabilities Act standards and have bike racks for those wishing to explore Fort Pickens or Santa Rosa Island by bicycle.

While the ferries were funded with Deepwater Horizon settlement funds, the City of Pensacola built the new port facility through grants and Community Redevelopment Agency monies. Escambia County paid for the Pensacola Beach landing, while the National Park Service funded the Fort Pickens ferry infrastructure.